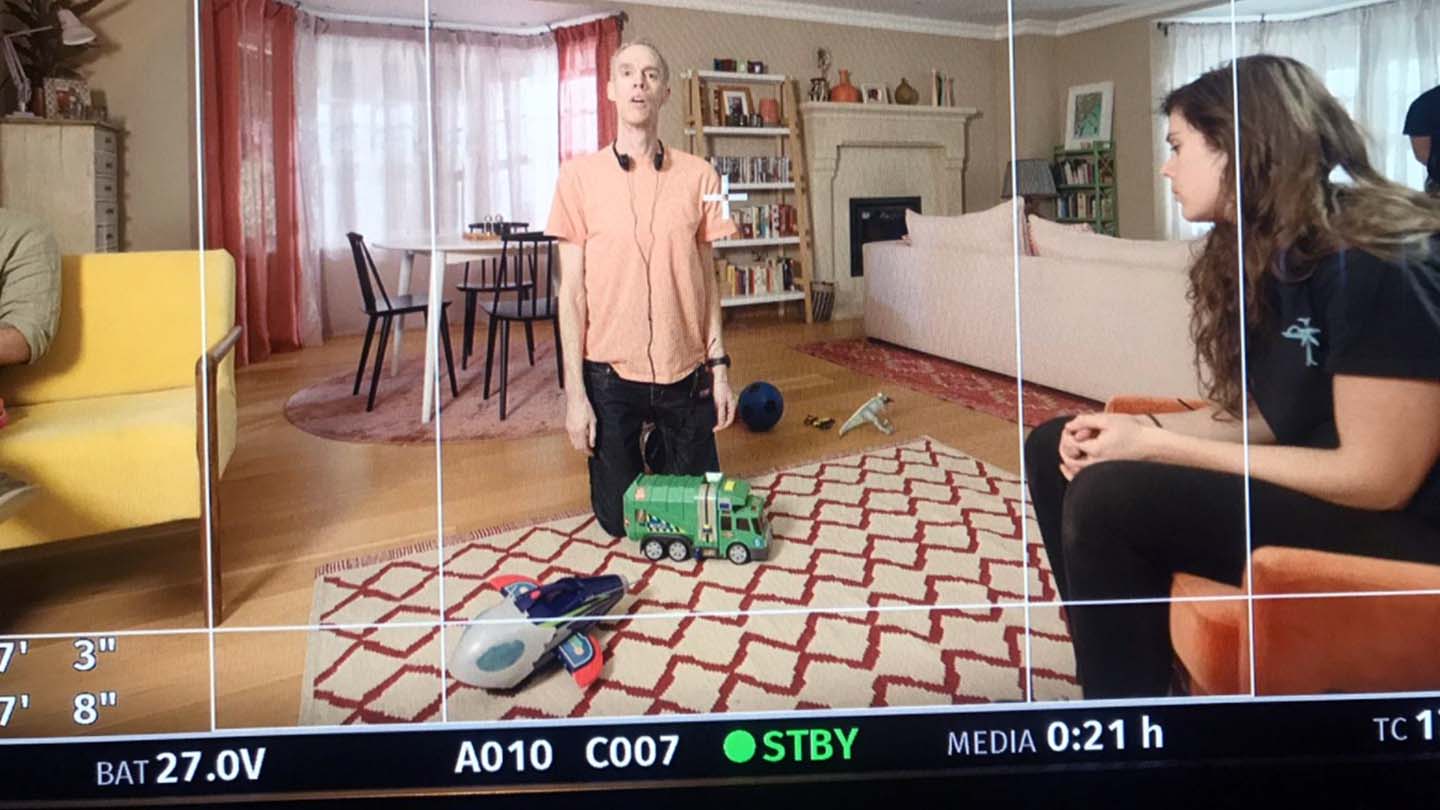 Why spend all your money on one TV ad when you could roll the dice 20 times?

One of the reasons we set up CCW was because as Creative Directors at big international ad agencies we wasted money. And resources. We knew there was a better way to spend clients money and the planet's resources. This is a story about the last two big TV ads we did before we set up CCW. This is not a post about whether TV advertising works or not - there are plenty of great arguments and data to show that it can.

Before setting up CCW James and Flo were working at Anomaly and Wieden & Kennedy, two of the best agencies in the world. James made a 30 second TV ad for Facebook’s video conferencing hardware device, Portal and Flo made a 60 second TV ad to relaunch classic Coke Globally. Big agencies. Big clients. Big budgets.

It doesn’t need to be that way. Spending more money doesn't make your ad better. In fact it's possible the exact reverse is true.

We were given the brief to ‘do something for Mothers Day 2020’. The idea being that the Portal is great at connecting families. And that actually, what your mum wants is her kids around her rather than a bunch of crappy flowers.

Flo and I have a little saying about making ideas that can be advertised rather than making advertising ideas. What this means is that you can come up with something cool and then use a TV ad to tell people about that cool thing.  So for example with Portal, hire some buses or rent out an entire train so that people who can’t afford to see their mums in person can do. Then make a film out of that experience. We did have all those ideas. Some were better than others. As is always the case. But, tick tock, tick tock, that’s the clock working backwards from a TV air date. If we are going to make a TV spot then we need to get something into production by X date. So gradually, like the proverbial frog in boiling water without anyone - and I do mean anyone - from creatives to planners to account people and clients - questioning whether the money earmarked for media and production could be spent elsewhere we marched on. There was a million quid to be spent. And the fact is this - the easiest way to spend that money was a TV ad.

After many, many, rounds of writing scripts we finally had an idea that we thought was good. It was the idea of sibling rivalries where a mum gives her daughter pride of place at the dinner table over her son. The twist being that the daughter is not actually there. It’s a Facebook portal sitting at the head of the table. We all agreed this was funny.

The production juggernaut started rolling. It’s important to say that once this is rolling it’s in everyone’s interest to actually make a film. The time and money (and other resources) spent on pre-production; casting, props, choosing a director, location scouting, and so on cannot be recouped in anything other than making a 30 second TV spot.

Pre-production arrives. We are joined by five clients from Facebook. Three from Menlo Park, one from Amsterdam, one from London. Again - all great people, at the top of their game. We choose a top tier director from a top tier production company. Because that’s what you do when you have the budget. Why on earth wouldn’t you?  There is money there for that, it should be spent.

We did a two day shoot in a big house in Moor Park. All the trappings of a big TV ad shoot. Lots of people on set. Probably 50 in total when you include all the catering and other support. We had five creatives from Anomaly. The junior team who came up with the idea, two CDs and me overseeing. Shooting is fun. All that stuff, and all these people treating you nicely. Three meals a day, a fresh barista truck outside. Lights, camera action.

The shoot is fine. No real drama. Clients fly back to San Francisco and we decamp to the edit suite - for THREE WEEKS. Again, our editor is top notch, brilliant. Three weeks later we delivered the final cut. Is it good? Is it bad? Neither. We have spent a million quid on something very ordinary.

Do we have a moment of introspection? No, because under the circumstances everyone actually did a very good job. It was just one of the ones that didn’t pop. No one fucked up. We just got dragged along by the system. The system that needs feeding. The system we are all comfortable with.

We open on a beach. It’s a common joke in creative departments that this is the ultimate cliche to start a script. But when you talk about relaunching Coke Red globally surely this is allowed? So we opened on a beach. The most famous and beautiful beach in the world: Camps Bay in Cape Town. So the whole circus flew to Cape Town. It rained. The one day we were due to shoot on the beach. It rained. So we decamped to an indoor shoot and came back to the beach the next day. The whole circus moving like a rolling stones concert production…..

That’s 16 people on a business flight from  London to Cape Town.

Add in 20 people from the local production company, wardrobe and ten catering and we are at over 50 people. Fifty people to make one scene of one ad.

The next scene was a rainy day at a bus stop. And of course it didn’t rain, cue truck with 1000l of water and an artificial rain machine.

And of course the next scene featured skiing. So off we all went to Sofia in Bulgaria. It was March and snow wasn’t guaranteed anywhere else. In the snow we needed the famous Coke Christmas truck. The idea was for the tongue to do a snowboard flip over the truck. But we ran out of light and it was nearly impossible to find a correct truck. In the end we hired a static truck for 20 minutes and relocated the whole circus to another location to shoot what ended up being 20 frames in the final cut.

While this is going on, a production company in Soho is working for a month non-stop on rendering the tongue.

Oh I forgot one bit. We flew a guy from Atlanta to mist the coke can. He was the mister. And he spent two days live misting the coke can.

For the record, we have been misting BrewDog cans at CCW recently. It takes us roughly two seconds. And our mist looks better than the real thing.

This ad took a year from the time Flo drew the tongue in his notebook to the ad going live. The idea was to use this asset across loads of different things. It could be Creative Content that works, as we say at Creative Content Works. But the TV spot ate up all the money. And that’s the real point. It’s fine to make an ad but surely there has to be a better way of spreading the content around. Seeing what works and allocating budgets accordingly.

Why bet the farm on one TV ad? Because we are conditioned to. As creatives even though we know the odds are stacked against any one TV ad being a hit - no matter script, product, director etc just the law of averages says something won’t pan out as expected. But we still do it. Because we like to think we can beat the odds. We think this time it will be different.

But what if you change the odds?

The first film we made since starting up again, couldn’t be more different. The brief was to help Serious Pig, a small snack brand from Peckham, with a real problem. They were about to get delisted from Sainsbury's. They really needed to do something. But they’re not Coke or Facebook, they have no budget. We made a film for Instagram with an illustrator we knew. It was all wrapped up in four weeks with a total budget of under £15k. There was no shooting, no trips, no catering vans. We did this during lockdown but - even if we had not been in lockdown, we would have still worked this way. It just makes more sense.

We’ll never really know if the Coke or Portal ads worked or not. We can make a decent guess that they didn’t. But we know for a fact that this ad did work. There is an algorithm that decides whether an ad is good or bad on Instagram. It’s based on things like clarity of message, relationship between words and images and viewing data. The algorithm loved our ad. It gave us top marks, meaning it got spread around much more than what we paid for. But the real result was that products were back on the shelves and selling at Sainsbury’s. (And now Ocado and Amazon).

After this success we were asked to think about the next stage for Serious Pig. Possibly a celebrity spokesperson. Very quickly we came up with the idea of using the comedian Joe Wilkinson. We wrote a loose script, sent it off to Joe’s agent and few weeks later we are shooting with a four person crew in a pub in Brighton.

Again this was during lockdown, but even if it hadn’t been, we would have approached it in the same way. We believe the content is actually better because of that. A small crew meant we kept things light during filming. Everyone knew everyone within five minutes. Joe felt comfortable and began improvising brilliantly. We got our script idea locked, and also two or three additional scenes that Joe had improvised.

We wrote, produced, directed and edited everything in house (in the pub actually). From start to finish, the process took about six weeks and cost a fraction of the Coke and Facebook shoots. We could have done another 20 of these shoots for the same cost.

The ad has only just gone live and is already getting good reviews. One writer and consultant simply tweeted: "This is how you do advertising".

It’s not all about the money. It’s the ecological waste too. Flying around the world often makes no sense. Of course that is part of the job that we like. New Cities, nice hotels and fancy restaurants. We look at it as reward. But think about that. We needlessly harm the planet to reward ourselves for all the shit meetings that lead up to the TV ad being shot.

So, we are creatives not numbers people, it seems simple to us. Why roll the dice just once when you can roll it 10, 20, 100 times?

If you would like to know more about how intelligent content creation can help your business please email hello@visual-method.com or call (0)161 211 5421. 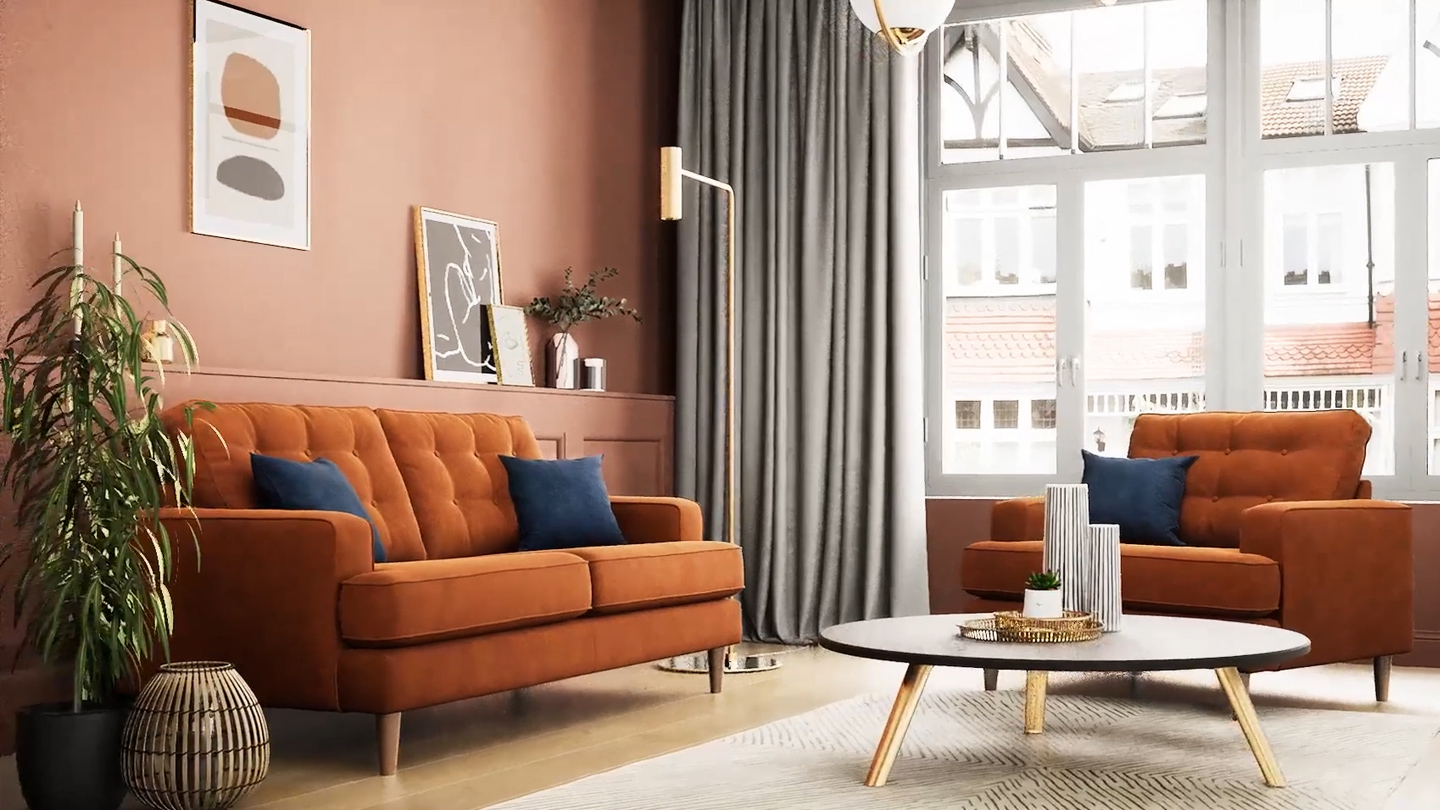 Covid has been a catalyst for CX innovation. The bottom line. CX will have a direct impact on your conversion rate and revenue online. Find out why. 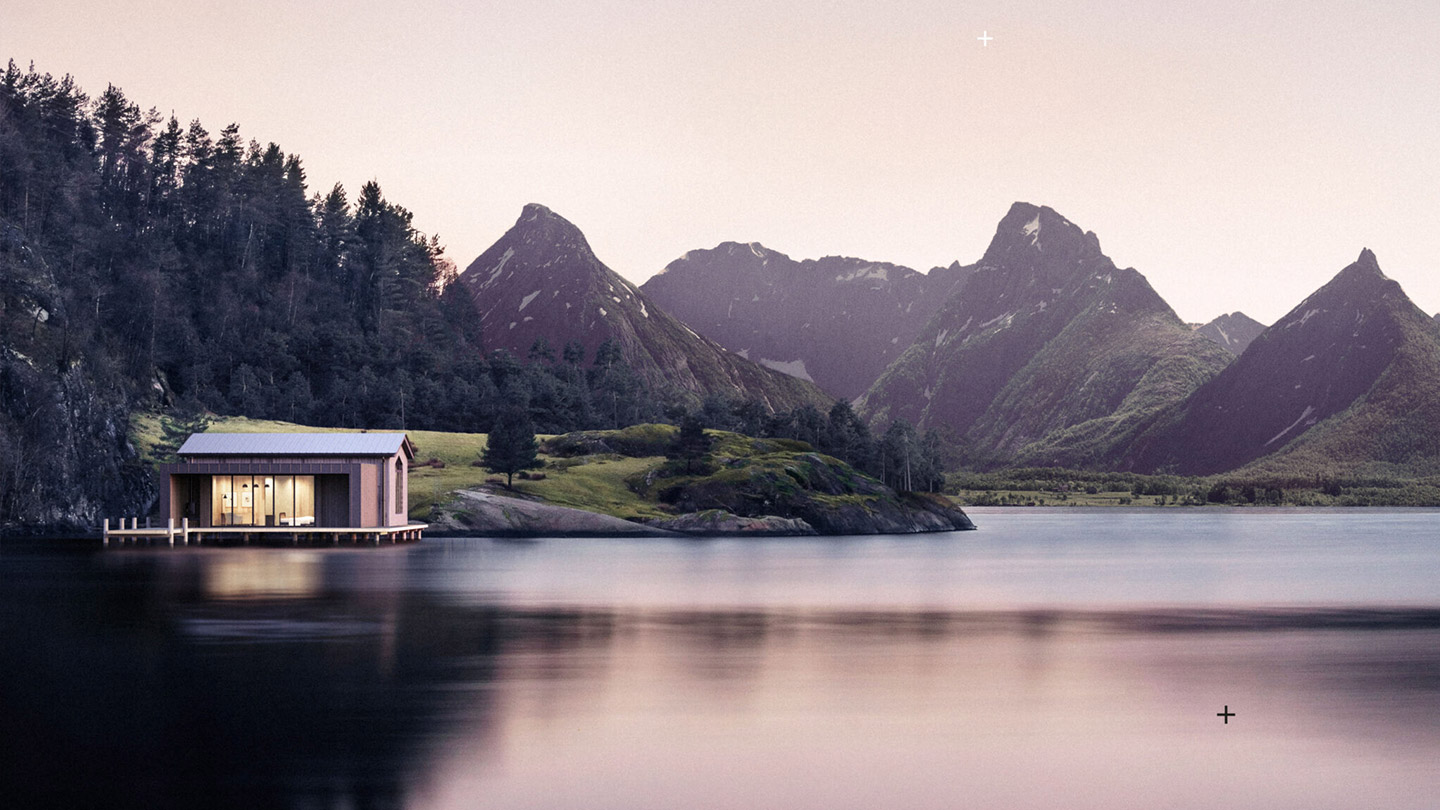 Sustainability Matters. If it matters to your consumers, it should matter to you. Discover how we can help you create sustainable content production. 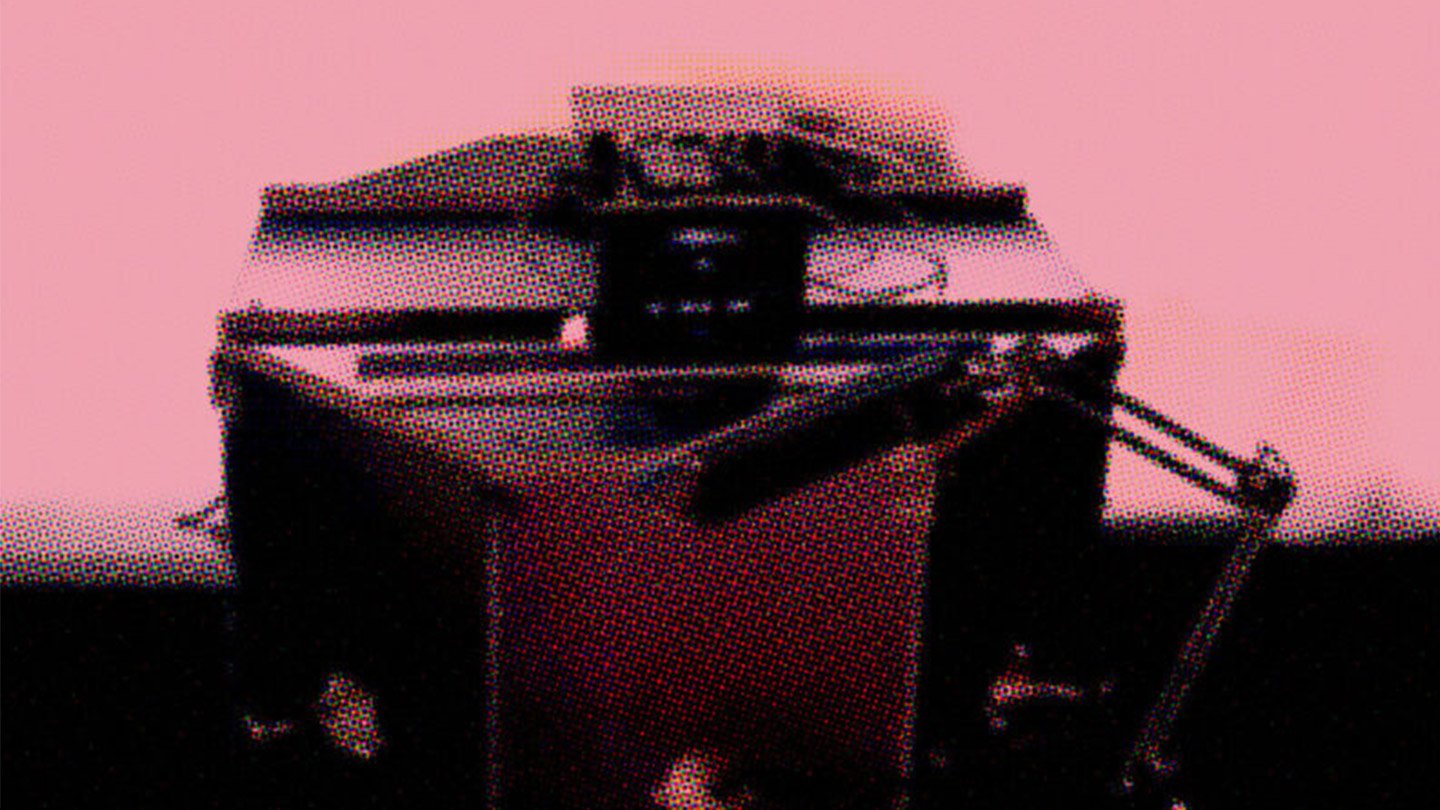 At Visual Method, innovation is in our DNA. Often, to solve our client’s problems we need to develop new technologies from scratch. Take a look at our latest suite of products, TECHIQ.